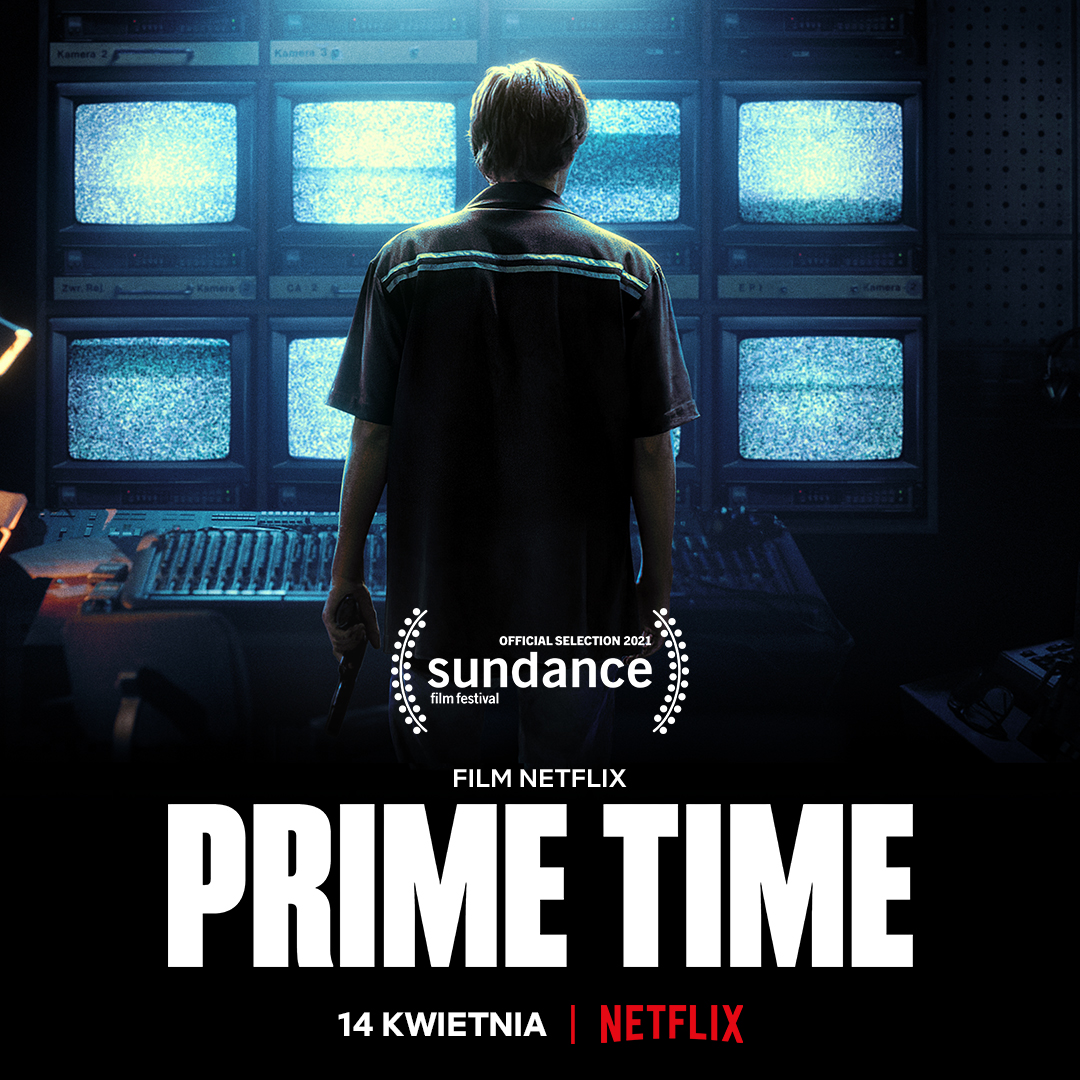 The premiere of our latest production is just around the corner! Prime Time for Polish Netflix viewers will be available on April 14. Viewers outside of Poland will wait until June 30, 2021.

Prime Time is a suspenseful psychological drama set in late 1999. Sebastian enters the TV studio, gun in hand, and takes the two hostages. He only has one request – to go live in prime-time. He wants to tell the viewers something very important, and is ready to risk everything for his message. The film, directed by Jakub Piątek, with Bartosz Bielenia in the lead role, was first shown at the Sundance Film Festival. The other roles are performed by Magdalena Popławska, Andrzej Kłak, Małgorzata Hajewska-Krzysztofik, Monika Frajczyk, Dobromir Dymecki, and Cezary Kosiński.