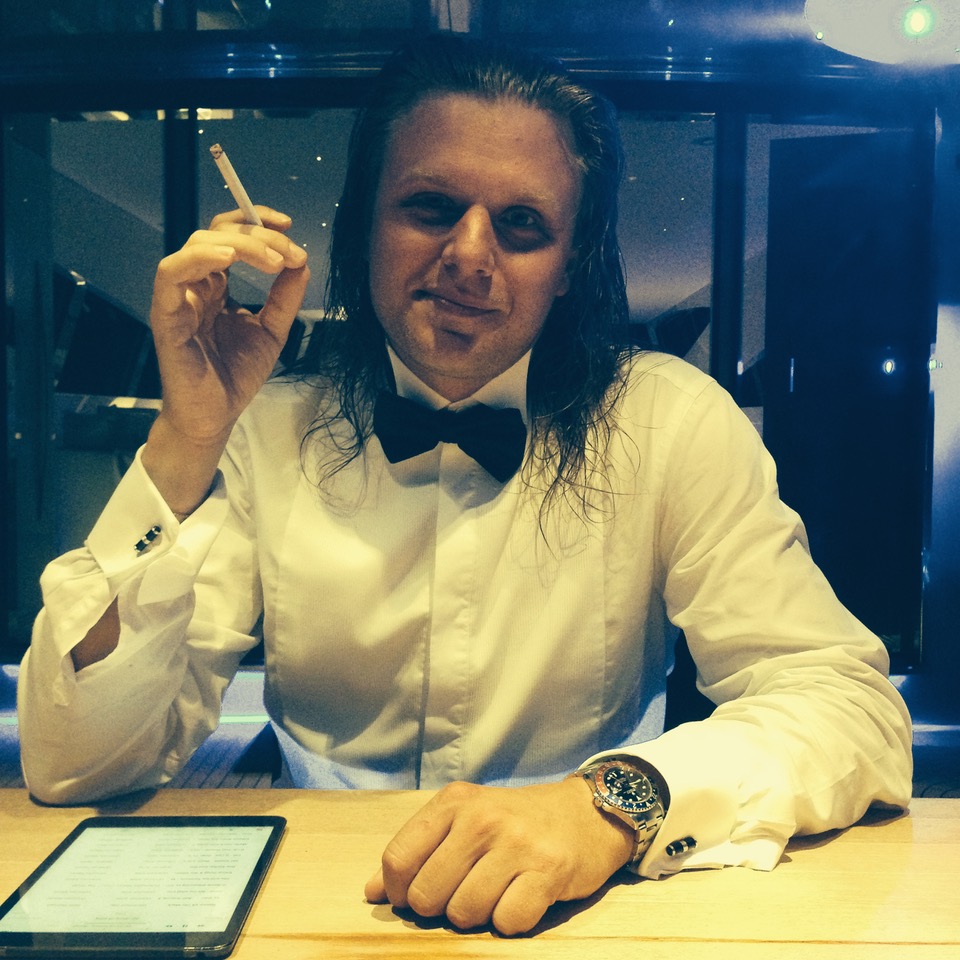 Piotr was born on 10 July 1980. He always found support in his family and parents who were his true mentors. Even though he came from a family with an established position in international business – he chose a path that is not always easy: to go his own way…

He graduated from Aiglon College in Villars, Switzerland in 1999 and then studied Economics and Art at prestigious American universities: Emmerson College in Boston and Parson School of Design in New York. Next he worked at McCann Eriksson WorldWide in New York as an assistant to Creative Director Michel Gentile in the production of advertising campaigns for the U.S. ARMY, CapitalOne, Ortho-McNeil, and BlockBuster, followed by a stint at Young & Rubicam.

On his return to Poland, he took up film production, gaining expertise and practical skills in cooperation with such renowned filmmakers as Andrzej Wajda (assistant producer and then assistant director of “Katyń”), Maciej Dejczer (“Oficerowie” TV series), Christopher Doyle (co-producer of “Warsaw Dark”), Volker Schloendorf (assistant producer of “Strike”), as well as Joanna Kos-Krauze and Krzysztof Krauze (production assistant of “Saviour Square”).

In 2008, he founded Watchout Productions and started to forge his own path in the film industry: first he managed advertising and marketing projects and then produced documentaries and feature films, while building a dedicated team. The documentary “Mazurek” (Julia Kolberger’s short and debut as a director) won 10 awards at seven festivals, while his first feature “Big Love” (2012) was among the 10 best-selling films of the year.

Piotr was a real precursor of a new film production model in Poland. He created his own original recipe for building the entire film as a team effort, which incorporated the actors’ and director’s input in the screenplay and marked a departure from the generally accepted canons of film production. His operational precision and effectiveness, keeping a tight schedule that eliminated any production delays or higher number of shooting days, all gave rise to notable productions that became blockbusters and generated business success. The film “Gods” (2014), which attracted over 2 million viewers, was an unprecedented validation of his strategy. It was followed by “The Art of Love. The Story of Michalina Wisłocka” (2017). His productions were honoured with the Golden Lions at the Gdynia Film Festival, the Eagles – Polish Film Academy Awards, the best producer awards at the 2015 PKO Off Camera festival, as well as the Golden Reel Award from the Polish Filmmakers Association.

Piotr’s last production was “The Coldest Game” (Polish title: “Ukryta gra”). This is an extraordinary thriller that can fall under the political fiction category, as the plot is set in the context of the real events of the Cuban crisis. “The Coldest Game” is the first film made by a Polish producer for international audiences, featuring a world-class cast with international distribution. The premiere will be a tribute to this extraordinary man who left an indelible mark in the history of cinema – Piotr Woźniak-Starak.

Piotr had a special gift for telling stories that everyone would listen to… This is how he described it: My job is to tell stories (something that I’m good at, which I realised many years ago) that will captivate the director, actors, and my business partners. I want them to fall in love with my vision, live my vision and turn this “infatuation” into new, interesting and top-quality film projects.

Together with his team, Piotr built Watchout Studio, which in recent years, apart from film production, has continued to produce commercials and offers executive production services to foreign entities with a capacity to manage international co-productions.

On August 18, 2019, Piotr Woźniak-Starak died in a tragic accident.

Piotr was the husband of Agnieszka Woźniak-Starak (nee Szulim) for almost 3 years. Outside of married life, they were true friends.